Factors Stepping into the Shoes of Trade Finance Banks 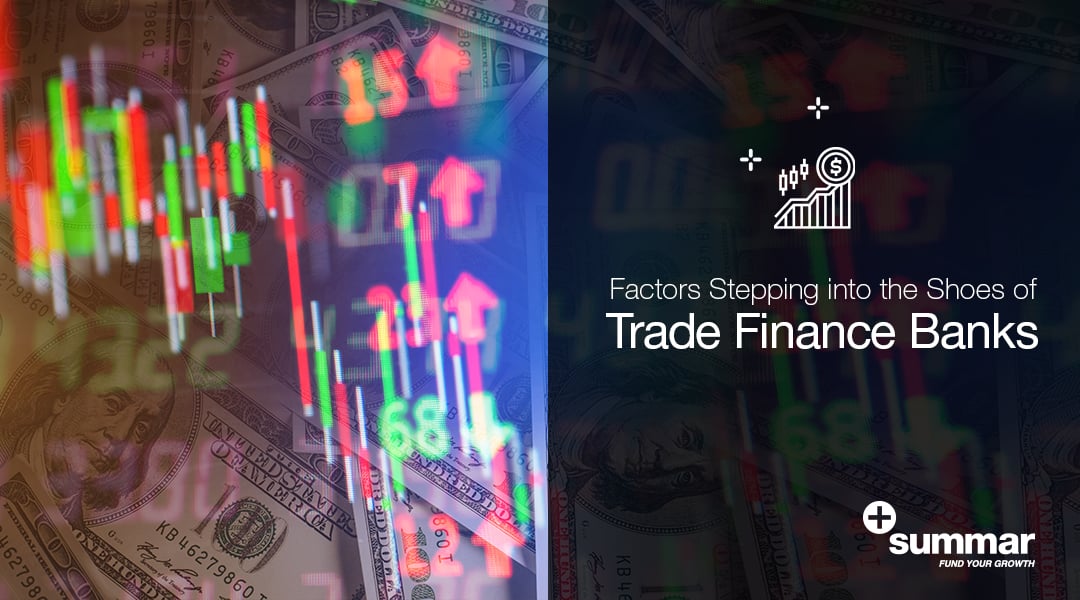 In this post, we want to comment on the various products that have emerged in the field of trade finance. We collaborated with a Seasoned Banking Representative that was trained in New York City. This is his experience: his first job was at Midland Bank from the U.K. that was later acquired by HSBC.  Back in that days and under the capacity of a trade officer, we would offer both pre and post-export financing.

The vocabulary then was pretty simple to understand. Pre-export meant inventory financing, while post-export signified the financing of a foreign account receivable. Within these two categories, we had letters of credit for pre-export financing; BA and Trade Acceptance financing for account receivable financing and in the early 1970’s also started to offer “aforefaiting”. This offer includes the discounting of foreign account receivables with both private and public sector credit insurance. The insurers were public agencies such as the Export-Import Bank of the USA. For the private sector insurers such as Euler Hermes, Atradius, COFACE and/or AIG. That was my world back then.

An over regulated industry: an alternative to new horizons

After what is now known as the Great Recession of 2008, the world was turned upside down. The possibility of a financial meltdown and capitalism as we know it was being questioned by the rest of the world. The result was a timely reaction by the U.S. Government to intervene and roll out a strategy that bailed out various U.S. Banks as well as a vital insurer of trade finance, AIG.  At present, the Banks are over-regulated and slow to react. Moreover, most Lenders stopped working with private insurance after the “AIG” bailout. Some other Lenders stopped working with the Export-Import Bank of the U.S. after this U.S. Govt Agency was shut down for almost a year due to politics in Washington.

At present, it appears that Factors are stepping in and trying to fill the lacuna that was caused by the Great Recession. Factors have been around since the late 19th century and were mostly utilized by companies in the textile sector in New York City. In the 1940’s Factors started to diversify and move from a purely textile orientation to also offer services to the manufacturing sector.

As an International Banker, I was well aware of Factoring. They basically purchased account receivables on recourse and non-recourse basis. They were a source of liquidity for companies that were extending credit and in need of liquidity as well. In the last couple of years, however, the Factors have taken on a more aggressive role and are providing services that Trade Finance Bank traditionally provided.

Notably, Factors are now also providing both pre and post-export financing. The factors, however, have their own jargon and differentiate themselves from commercial Banks. They approve deals with a sense of urgency. Factors also have grown to depend on credit insurance from the private sector. This is less expensive than an export credit agency from the public sector. For example, the Export-Import Bank of the USA. In synthesis, a Factor can get a deal approved in less than two to three weeks. Private sector Insurers can also typically “bind” a deal in less than a week. Somethig really different to two to three months that the public sector may take.

So, if you need pre-export financing (inventory financing), you would approach a Factor and request for a “reverse factoring” facility or “supply chain” financing. If you need post-export financing (account receivable financing), you request for a plain vanilla factoring facility which encompasses the discounting of trade paper. Factors, for the most part, tend to be more expensive, but at the end of the day, they get the deal done. Again, their risk mitigant is private sector insurance.

For inventory financing which Factors refer to as “reverse factoring” or “supply chain financing” it is important that the importer/buyer understand the mechanics. Notably, unlike traditional international inventory financing, the importer under “reverse factoring” cannot prepay. The reason is simple: Factors pay the supplier directly on behalf of the buyer/importer; they take title to the goods and then re-invoice the buyer. So, the Factor in effect steps into the shoes of the buyer/importer. The invoice covers 100% of the cost of the goods, plus the cost of the financing. So, if the goods cost $100.00 and payment is due in 90 days with a rate of interest of 1.0% a month, the buyer-importer will be required to pay the Factor a total of $103.00 at maturity.

As a Trade Finance Consultant, I am steering most of my customers in the direction of Factoring. Banking as I knew it back in the 1970’s in New York City has taken on an entirely new meaning. Over-regulation and not thinking outside of the black box have adversely impacted a given bank’s ability to react with a sense of urgency. Factors are however filling this gap. Discover how we are doing it with our tailor-made factoring services here!

Would you like to receive more insights and news?