Perspectives on the Transition to Clean Energy in the Transport Sector 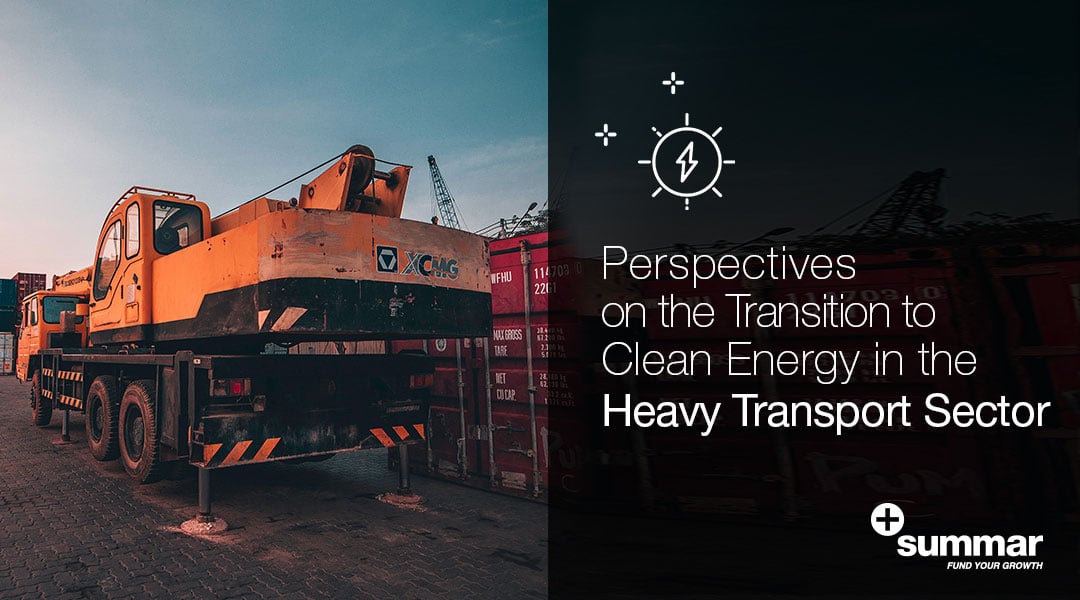 Currently, the constant transit of medium and heavy-duty trucks has proved to have a negative impact on the environment and human health worldwide. This is due to the emission of dangerous pollutants such as greenhouse gases; nitrogen oxides, causing more than 100,000 deaths per year; and particulate matter (about 4% of the total of particles in load of trucks), both of which are associated with cancer, heart attacks, cerebrovascular problems, cardiovascular diseases, among other negative effects on general health.

The problematic described above is of vital importance, especially in a modern world that seeks to generate a positive environmental impact and long lasting sustainable lifestyles. Therefore, zero emission vehicles are becoming a great alternative because they have the capacity to reduce the emission of the aforementioned pollutants simultaneously and thus mitigate the damage to the environment and to health derived from them.

Remember that cargo trucks contribute about 40% of carbon emissions, and its activity is projected to continue growing. Thus, electric propulsion technologies will be essential to decarbonize the heavy-duty sector and contribute to climate stabilization objectives. It must be taken into account that, while the most efficient potential diesel technologies can reduce carbon emissions by approximately 40%, electric propulsion technologies powered by renewable sources can achieve a reduction of more than 80% in the life cycle emissions of the gas.

Therefore, several manufacturers have decided to invest in electric trucks, among which are, Cummins, who announced an electric platform (AEOS) that began to take place in 2010 with delivery vehicles, buses, and haul trucks; Daimler, who launched a fleet of urban delivery trucks in New York City; Navistar and Volkswagen who intend in 2020 to introduce a medium-duty electric truck in the United States; New Flyer, BYD and Proterra, in turn, intend to have a presence with zero emission buses in important cities, including Los Angeles; and Tesla, which will produce by 2019 a class 8 truck with a range of 500 miles per battery charge.

On the other hand, it is important to mention that the government has a transcendental role in the transition to clean energies. For this purpose, the U.S. Clean Trucks, consolidated in 2016 by the Obama Administration, establishes long-term protection standards, which along with other regulations, established a reduction of more than one billion tons of carbon emissions. However, despite the existence of this program, the efforts must be greater and among them must be the re-entry into the Paris Agreement, on the control of emissions.

It should be borne in mind that today, the transition to clean energy is not difficult and not excessively expensive as it once was. Several companies are betting on the development of these technologies, which will translate into future savings, as a result of their intrinsic characteristics and numerous benefits. However, these efforts by private companies must be linked to governmental initiatives that adapt the mobility infrastructure to new technologies.

In conclusion, when talking about transitioning to clean energies, it is clear that changes in the freight transport industry are coming and unavoidable in the challenge to decarbonize the environment and stabilize global temperatures. An integral work from the automotive industry, from the owners of heavy transport vehicles fleets, as well as from the government is required, so that there is a gradual migration, without traumatisms either for lack of technology or infrastructure in this sector. Government policies, incentives, and investments will be needed to help counterbalance the increased technology costs until these are competitive with conventional vehicle technologies.

Would you like to receive more insights and news?